WHERE ARE ALL THE HELMS-BURTON LAWSUITS?

Americans who owned property confiscated by the Cuban government after the 1959 Cuban Revolution can now sue companies who “traffic” in the confiscated properties. But so far, only four lawsuits have been filed. 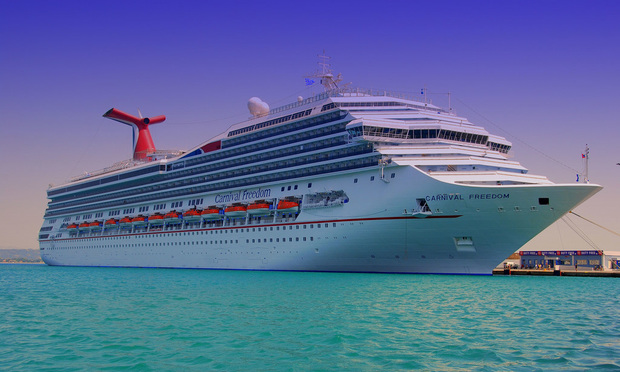 Carnival Cruise Lines is one of the companies that has been sued under Title III of the Helms-Burton Act since May.

Experts predicted that a flood of lawsuits would be filed after the Trump administration announced it would, for the first time since the enactment of the 1996 Helms-Burton Act, allow Americans to sue the Cuban government over property confiscated after Fidel Castro’s 1959 revolution.

But according to an analysis by The Daily Business Review, only four such lawsuits have been filed since May 2, when such litigation was allowed to proceed. The remarkably low number of lawsuits stands in stark contrast to the nearly 6,000 claims that have been certified by the U.S. Foreign Claims Settlement Commission.

The scant litigation, experts say, stems from how difficult and complex these lawsuits are.

“There are some significant hurdles the plaintiffs have to overcome,” said Mark Migdal & Hayden name partner Don Hayden, who previously headed up Baker McKenzie’s Miami office.

Even if plaintiffs can clear the high bar to bring a suit, the property in question had to be worth more than $50,000 at the time of the confiscation, which can date back 60 years. In addition, plaintiffs must pay a $6,500 filing fee and the land must currently be actively used for commercial activity.

And then in most cases, there are few ways to collect.

“First and foremost you need assets in the U.S,” Hayden said. “These claims being made against Cuban-owned entities are going to be paper judgments for now. A savvy plaintiffs attorney won’t go forward unless he knows that there are assets to satisfy a judgment.”

Exxon Mobil, for example, is suing two Cuban companies — CIMEX and CUPET — for confiscating refineries from its predecessor, Standard Oil. Even if Exxon wins a massive million-dollar judgment, there are few, if any, ways to force Cuba to pay up.

Additionally, many countries, including Canada, Spain and Mexico, have implemented “blocking statutes,” which prevent Americans from going after
foreign assets in those countries.

The other lawsuits filed to date have been lodged against defendants that have U.S. assets.

It also sent Spanish hotelier Melia, which has roughly 34 properties in Cuba and several in the U.S., a formal notification of its intent to sue.

The plaintiffs, Marisela Mata and Bibiana Hernandez, are descendants of Antonio Mata y Alvarez, who built the San Carlos hotel in Cienfuegos in 1925 and left after the government led by Fidel Castro appropriated the hotel in 1962. A few years ago, the Cuban government gave Melia the green light to operate the historic hotel, renaming it the Melia San Carlos.

The two other suits filed to date target Carnival Cruise Lines. They were filed on May 2 by Miami-based Colson Hicks Eidson and the Jacksonville firm Margol & Margol, which represent the Havana Docks Corp. and Baptist Health neurosurgeon Javier Garcia-Bengochea. The plaintiffs are suing Carnival for its use of the Port of Santiago, where both claim they owned commercial property that was confiscated by Castro’s government.

Three firms — Boies Schiller Flexner, Akerman and Jones Walker — are defending Carnival, and have filed motions to have the lawsuits dismissed. They
argue that since cruise companies were given legal waivers by the U.S. and Cuba, cruises are considered “lawful travel,” which makes them exempt from Helms- Burton.

“Here is a U.S. travel service provider, whether it be an airline or a cruise line that’s functioning under general licence,” said Akerman attorney Pedro Freyre, who is working on the Havana Docks case. “Cases like this are exempt from the definition of trafficking.”

The Carnival case, Hayden said, shows just how nascent the case law is regarding Helms-Burton. There are few, if any, clear precedents, and many are waiting on the sidelines to see how the courts will decide these cases.

“I do think there are a lot of issues that need to be teed up and evaluated,” Hayden said. “This provision, these laws have never been interpreted. South Florida or D.C. courts are going to be determining what trafficking is, among other things.”

Despite the slow start, Hayden, Freyre and Rivero Mestre partner Andres Rivero all agree that more litigation will come, although it won’t be the onslaught many had anticipated.

Still, Rivero Mestre has two more lawsuits in the works.

“These cases are inherently complex and costly,” Rivero said. “You’re going to have litigators who are sophisticated and want to take a risk. We know there are other lawyers that are looking at them.”