Law360 (September 25, 2019, 3:48 PM EDT) — American Airlines Inc. and Chilean airline LATAM Airlines were hit with a Helms-Burton Act lawsuit Wednesday by a Miami man who claims to be the rightful owner of Cuba’s José Martí International Airport and says the airlines trafficked in stolen property by operating flights there.

Plaintiff José Ramon López Regueiro is seeking monetary damages against the two airlines, which he claims have been unlawfully trafficking in and benefiting from the Havana facility, which he says was illegally confiscated from his family in 1959 by Fidel Castro’s communist government.

“This is a historic lawsuit brought on behalf of the rightful owner of José Martí International Airport whose family’s land was forcibly taken from him 60 years ago,” Regueiro’s counsel Andres Rivero of Rivero Mestre LLP said.

Regueiro has asked for treble damages based on the airlines’ alleged failure to comply with 30-day notices he said he sent warning them to cease and desist or face litigation.

“Some estimates put the value of the damages close to a billion dollars, and we have a right to three times that value,” Rivero said. “That’s what we’re asking the federal courts for — to do justice for our clients.”

The suit is the latest in a wave of litigation launched after the Trump administration’s May 2 announcement of a policy shift to allow Title III of the 1996 Helms-Burton Act to take effect, clearing the way for U.S. nationals to bring litigation over property seized by the Castro regime.

Previously filed suits have included claims against cruise lines over their use of docks in Cuba and against hotel operators and booking agents, including Expedia and Booking.com. 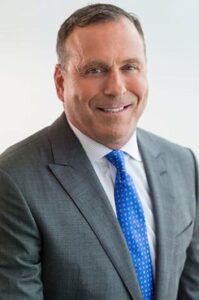 Regueiro’s case is one of the first filed since recent decisions by U.S. District Judges James Lawrence King and Beth Bloom denying motions to dismiss from Carnival Corp. in two cases against it. Those rulings are likely to encourage more suits, according to Don Hayden, a partner with Miami law firm Mark Migdal & Hayden who has experience in Helms-Burton litigation.

“You’re going to see some more of these cases now that we’ve got these rulings from Judge King and Judge Bloom. Some of the larger claims are down the road,” he said. “We would anticipate that plaintiffs will be able to withstand comparable claims being brought by the airline at the motion to dismiss stage, but obviously there are significant hurdles to them eventually prevailing with a large judgment and being able to collect on the judgments.”

According to Regueiro’s complaint, his father, José López Vilaboy, purchased the airport from Pan American Airways in 1952 through his company Compania de Aeropuertos Internacionales SA for $1.5 million in cash and landing fee credits. He modernized the outdated facility, which he renamed José Martí International Airport.

In about May 1959, Castro’s communist regime confiscated the airport and CAISA from Vilaboy, who was forced to flee with his family to the U.S., where they have lived ever since, the complaint said.

The airport has been further expanded and modernized in the ensuing decades and currently services more than 40 airlines and other businesses, including American Airlines and LATAM Airlines Group SA, which Regueiro says have been trafficking in stolen property without getting his family’s permission or compensating them.

The complaint notes that the Vilaboy family was not able to file a claim with the Foreign Claims Settlement Commission under Title V of the International Claims Settlement Act of 1949 because its members were not U.S. citizens at the time the airport was confiscated and no claim has been certified on the property under the act.

Hayden said that could be an issue, describing it as a possible factor that wasn’t in previously filed cases.

“Again, there is no precedent out there for evaluating how the courts will rule, but that certainly is a valid argument that could be raised,” he said.

American Airlines may also have a potentially strong defense in citing Helms-Burton’s “lawful travel” exception, Hayden said. While the courts denied Carnival’s motions to dismiss, which raised that issue, both judges allowed the cruise line to assert it as an affirmative defense.

“It will be the burdens of the airlines to prove they obtained the permits and proper approvals to provide flights to the island,” Hayden said

In American Airlines’ case, it seems likely that the company “checked the appropriate boxes” by obtaining necessary permits and waivers before restarting travel to the island after the Obama administration took steps toward normalizing relations with Cuba in December 2014, Hayden said.

In a statement on the complaint, an American Airlines representative said: “American Airlines service to Cuba including José Martí International Airport in Havana is authorized by the U.S. government including the Department of Transportation and the U.S. Office of Foreign Assets Control. In addition, Title III specifically exempts lawful travel, which is what American provides. We’ll review this lawsuit in detail and vigorously defend our service to Cuba.”

But LATAM might find itself in a different situation as a foreign airline that may have been providing flights to Cuba from countries other than the U.S. — possibly for many years — without facing the same restrictions the U.S. government had imposed on U.S. air carriers, Hayden said.

“I don’t know if LATAM would have done the same, since it was travel between, say, Chile and Havana, where it might not have been on their radar to get approval from the U.S. government entities,” he said.

Down the road, should Regueiro win a judgment, the question of what assets LATAM has based in the U.S. could also become an issue, Hayden said, noting that the airline might find itself facing concerns about whether flying its planes to U.S. destinations could expose them to being attached to a potential judgment.

LATAM did not immediately respond to requests for comment Wednesday.

Regueiro is represented by Andres Rivero, Jorge A. Mestre, Alan Rolnick and Carlos A. Rodriguez of Rivero Mestre LLP, and Manuel Vazquez of Manuel Vazquez PA.

Counsel information for the airlines was not immediately available.